A few days ago my good friend Mayo introduced me to the children's show My Little Pony - Friendship is Magic.

I'll be honest, I wasn't too sure about it. Then I watched the first three episodes of season one.......... 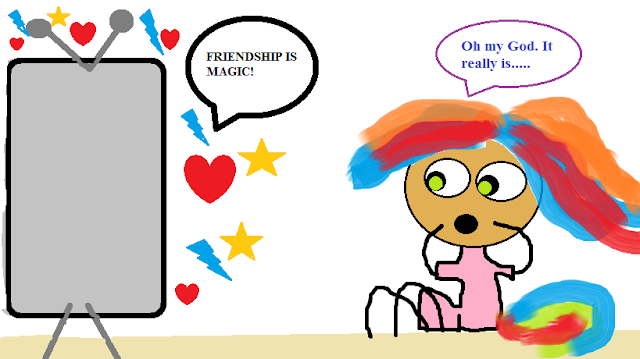 Before I could even realized what had happened, I mentally sprouted a colorful mane, tail, and a Sun-shaped Cutie Mark. I've been a Pega-sister ever since. Not as cool a name as "Brony" which is a male MLP fan, but still cool.

I've been trying to figure out what makes this show so appealing to the 18 - 26 age group rather than the 4 - 10 age group it was created for. I think I've come up with some pretty good reasons.

REASON 1: My generation has gained the skill to keep and appreciate their "inner child."

Other generations can do this. However, based on my experiences and observations from middle school to now, no other generation has even come close to the sheer amount my generation has. Or at least to the scale my high school did.

My Little Pony appeals to us because everything about it is the hopes and dreams that we had as kids. 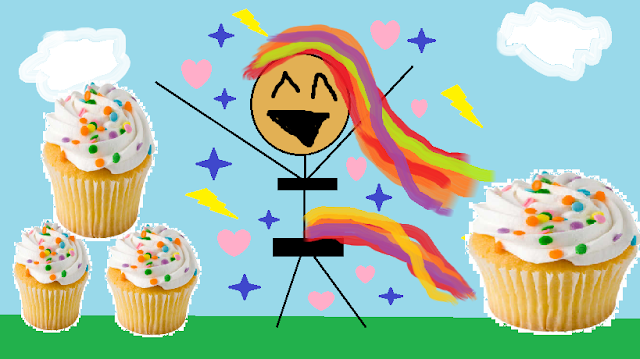 I'm generally not one for playing around with the English language. However, MLP does it like it invented the English language. Actually, like it invented every language ever. Including the ones we don't even know about. For example, instead of saying thing like "somebody" or "anybody," they say things like "somepony" or "anypony." I don't know about you, but I find that to be pure genius. Other shows like Dragon Tales never did that. MLP recognizes the fact that they are not humans and they embrace it. They embrace it hard. 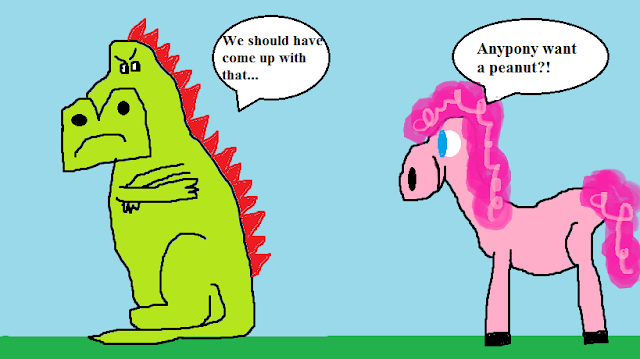 Also, there are a ridiculous amount of puns. The one that sticks out in my mind is in the episode "Boast Busters." Some slut of a unicorn named Trixie comes to Ponyville. She wants to get worshiped like a goddess for being the most magical unicorn in all of Equestria. Everypony calls BS and tells her she's not the hot stuff she thinks she is. A bunch of ponies try to show her up and she just makes them all look a fool. (Personally, I think they just should have called up Princess Celestial. I mean, really. She's the head honcho, a unicorn, controls night and day, created Equestria, and is basically the most BA pony there ever was or ever will be.) Anyway, Trixie gets a laugh out of all this and calls them all "neighsayers."

As soon as she said it, actually she neigh'd it, I was on the floor laughing.

Every pony has their own distinct personality and voice. (None of that recycling the same voices for other characters crap like Skyrim did.) Just like the rabbit that stole Frank's soul on It's Always Sunny, these ponies steal your heart and never give it back. You'll be okay with it, though. Instead of getting eaten by a hawk, they cuddle your heart with everything that is good in the world.

There's a pony for everyone. Whether you like it or not, your soul will never be complete until you figure out which one it is. Trust me. I've yet to figure out my soul pony, and it's terrible.

Fluttershy is an atomic bomb of adorable. She's introverted. She's an animal caretaker. She's honest. She's the nicest person ever. She stands up to fire breathing dragons to save her friends. She's yellow and pink. The colors of babies.

Zecora the zebra comes to Ponyville and everypony thinks she's evil. (She's really not.) They follow her into the woods and she warns them not to touch the blue flowers. They don't listen and basically get the Equestria version of poison ivy. Twilight Sparkle's horn is a dud, Rainbow Dash can barely fly, Pinkie Pie can't talk, Rarity looks like a mop, and Fluttershy has the voice of a black man.

Watch My Little Pony. It WILL change your life.